If you want to run a jewelry store, you're likely going to have some mass-produced items in addition to the custom pieces that you want to sell. That opens up the question of how to avoid stocking jewelry that relied on unethical production practices. Awareness campaigns over the past several years have made jewelers very aware of things like conflict diamonds and other issues. So, there's better tracking now, for example. But you can take other steps to help ensure your mass-produced stock is as ethically produced as possible.

A lab-grown gemstone is chemically the same as a mined gemstone. Lab-grown does not mean fake; it means only that the stone was grown in a lab instead of buried in rock for millennia. The beauty of this is that means the stone was not mined in unethical conditions. Now, there is that thing about not having been naturally formed over thousands of years, and some customers won't be too pleased with a lab-grown gemstone. But others won't care, and some may be very happy they can avoid "conflict diamonds" and other problematic gems. There are gemstone miners out there who are very careful to avoid problematic methods, so you don't have to avoid natural gemstones. But using lab-grown eliminates the question entirely. Just be open with customers about the gems being lab-grown.

Find Suppliers Who Advocate for Fair Treatment in Factories

Mass-produced jewelry relies on a lot of machinery, but there are people who work those machines. You need to find suppliers who advocate for fair treatment and buy from factories that are good to their workers. This is likely one of the more difficult aspects of jewelry making to control, so all you can do is research suppliers and ask colleagues who they've found to be reliable.

If you have access to or a business relationship with a refinery and jewelry creators, you may want to consider sourcing estate, or second-hand, jewelry for some of your supplies. These pieces are already out in the world, so you're not requiring the use of new natural resources, and if you decide later that you don't want to resell used jewelry, you can melt down gold and silver to create new rings and chains. Reuse stones or even have some recut if needed. It is possible that when these pieces were first created, they used some materials obtained in less-than-ethical ways. But by reusing these materials after they've long been in jewelry form, you're avoiding taking any more natural resources out of the ground. You could buy second-hand gold wedding bands, for example, and melt those so your jeweler associates can create new bands of different thicknesses and sizes.

Buying jewelry from a supplier can be tricky if you want to ensure the jewelry was produced ethically, simply because a lot of information can get lost as the jewelry transfers from the mine to the forge and finally to the jewelry store. But you can do your best to stock your store with mass-produced jewelry that is as ethical as possible.

To learn more, contact a jewelry supplier in your area such as Diamond and Designs. 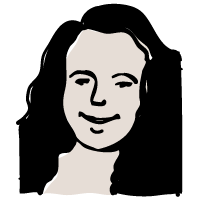 After struggling for months with my style, a friend pointed out that some of my jewelry choices were a little dated. She talked with me about finding different things that would really set my look apart, and I realized that the kinds of items I was choosing really weren't serving me well. I started going through and carefully evaluating the jewelry that I currently had, and it was really insightful to start making over my wardrobe. This blog is all about understanding better jewelry choices and creating a great look. Check out this blog for information about finding better jewelry.